Microblading is a semi-permanent tattoo technique used to create the illusion of fuller brows.  it’s the practice of placing pigment with tiny strokes of a “microblade” in a semi permanent fashion over your existing eyebrows. Unlike a regular tattoo, “microblading is a form of tattoo artistry where pigment is implanted under your skin with a manual handheld tool instead of a machine 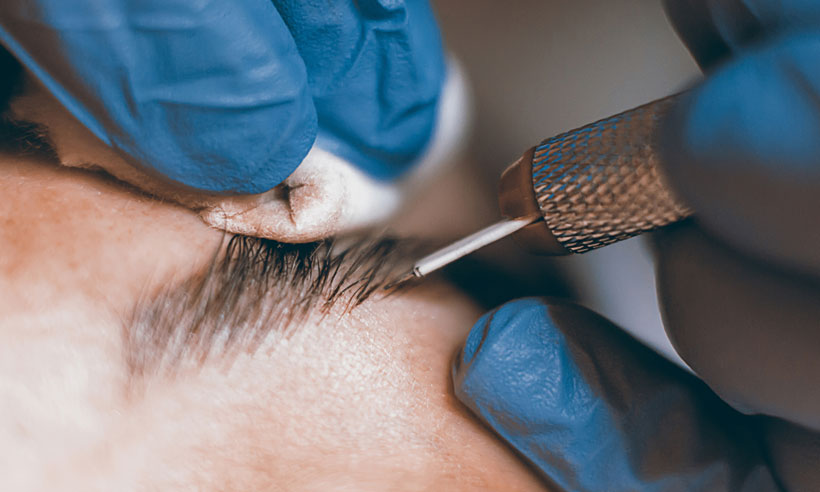 What is Microblading and how long does it last?

It also known as Eyebrow Embroidery is a procedure categorized under permanent makeup, but unlike traditional cosmetic tattooing, it is less invasive and is considered semi-permanent. Microblading typically lasts 1-3 years, depending on skin type and skincare routine.

Is Microblading Worth It for Fuller, Thicker Eyebrows?

For most people, simply using an eyebrow pencil to fill in those sparse areas can do the trick and create the illusion of thick eyebrows. But what if you don’t want to spend the extra time getting ready in the morning? Or you simply want thick brows without the worry of them fading throughout the day—say, during your workout or at the beach? That’s where microblading comes in: a semi-permanent makeup treatment that places special pigments under the top layer of your skin. The result is tiny hair-like strokes that create natural and fuller-looking eyebrows.

Why it is important to visit a reputable Clinic?

The procedure involves hundreds of tiny strokes that build a texture that looks like your own eyebrow hair and improve the appearance of your eyebrows. When performed properly, microblading should cost minimal damage to your natural eyebrows, It is performed by a trained doctor in Almeka Kochi. “We’ve mastered addressing the pain during the procedure and strive to make the entire process as comfortable and relaxing as possible,”